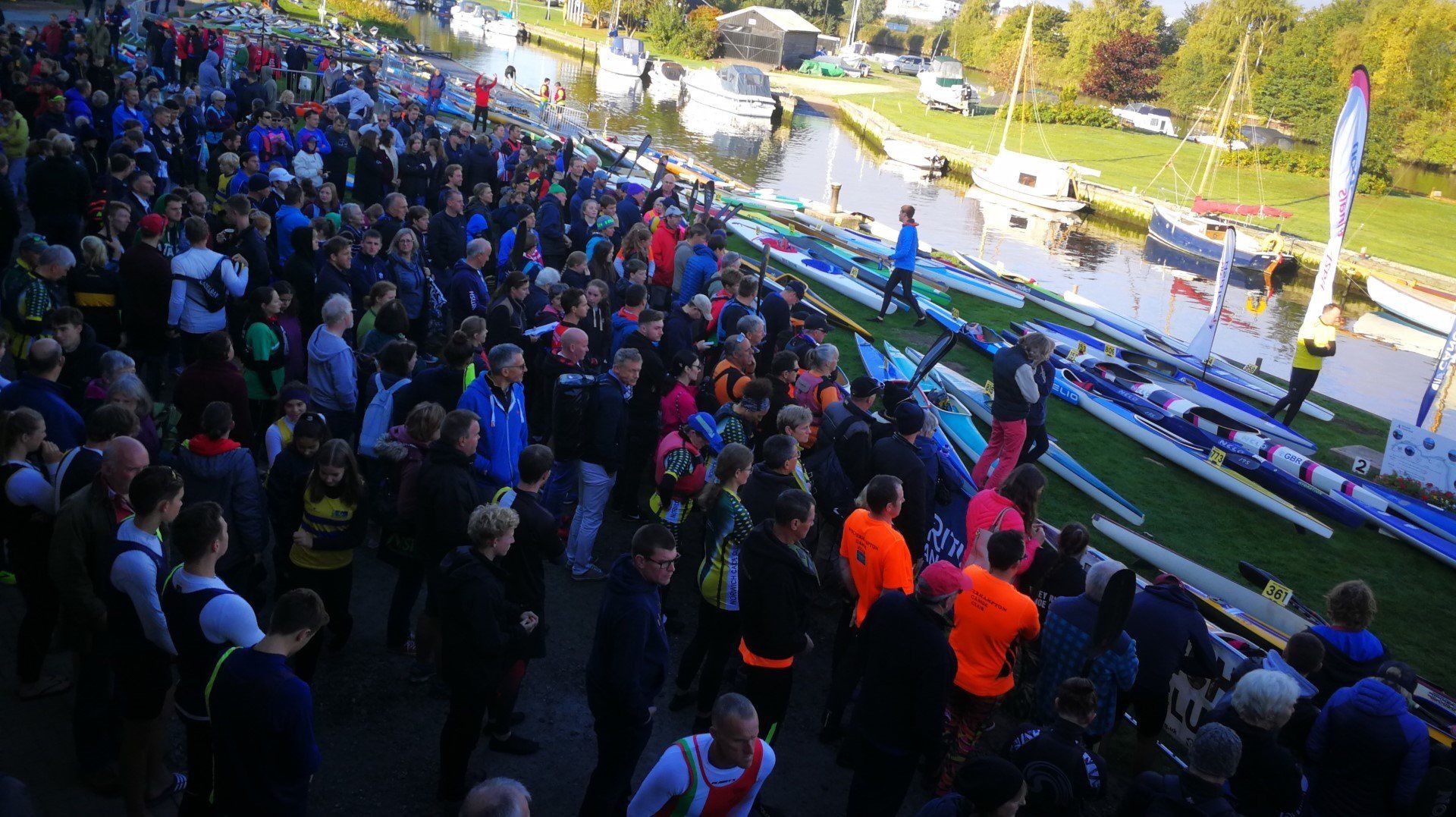 600 paddlers and 33 Canoe Clubs including UK Armed Forces descended on Norwich Canoe Club at the weekend for the National Hasler Final, the finale of the canoe marathon racing year.

After 22 races local club Chelmsford emerged as the victors to collect the Hasler Trophy, beating 2nd place Norwich by just 3 points to achieve 227 points. Norwich’s own Tim Pendle won the Rhodes-White Trophy for the fastest Senior Male for the second year in a row and for his fourth year in total.

Podium positions went to Rory Smith with Bronze for U12M, Eva McCaulay for U10F. Joe Richards took K1 Bronze in his first Div 4 race since being promoted at in a field of 34 paddlers. Mitchel Rambling took Silver in Div 5 K1, with Katy Walker fresh from the French Marathon Championships taking Bronze in a field of 42 paddlers.

Norwich will be hosting the two day National Marathon Championships in 2019.